Man and Machine: a Dualism like Yin and Yang

Ever since Artificial Intelligence (AI) shifted from simply being hype to a tangible business asset, fears among workforces worldwide have grown. A common argument against technology is that it could cost workforces their jobs. Recent research Oracle conducted with the Otto Beisheim School of Management shows nearly a quarter of employees worldwide are worried in that respect. But these fears are born out of a perception that machine must be versus man, rather than considering the possibilities of their amalgamation. But the opposite is the reality; just as we need light and dark, fire and water, hot and cold, there is strong evidence that businesses need both people and AI to thrive in the current climate. As the old Chinese proverbs suggest, there is magic in two contrary forces coming together to create a balance that is needed for survival. So, rather than seeing the two at war, let us consider the possibilities of man and machine in a dualism akin to Yin and Yang.

Businesses have never needed to be more adaptable, set up to react to a consumer, economic, and societal changes at the drop of a hat. Expectations of consumers are changing, and being as agile as possible is critical in providing the level of service they require. It’s in this new environment that we are seeing different skill sets coming into fruition. As employees’ roles evolve and change, organizations need technology to enable this way of working. And this is where AI set foot in, as a supplement to enhance and abet human skills, rather than replacing them.

From finance and HR to marketing, sales, and the supply chain, AI is supporting the reshaping of traditional roles, teams, and departments. AI can improve decision making. It can accelerate processes. It can drive efficiencies. And, most importantly, as it can take care of the more routine parts of any job, it can allow business users to focus their time, energy, and passion on activities at which humans excel, such as creativity, problem-solving, and invention.

AI is the Yang to the human Yin—it excels at repetitive, lower level tasks and analysis, while people are free to make the most of being the Yin, focusing their talents on the more creative, human side of the job

Each organization holds a vast amount of data across its systems, which needs to be analyzed securely to both get the best insights but also to adhere to strict regulations. Sometimes human error cannot guarantee that.

The key principle of Yin and Yang is that all things exist as inseparable opposites. And that is the key here—AI is the Yang to the human Yin—it excels at repetitive, lower level tasks and analysis, while people are free to make the most of being the Yin, focusing their talents on the more creative, human side of the job that can help a company be truly innovative and differ from the competition.

In this world, staff need not fear AI as a job replacement. In fact, in many instances, it’s helping to create more jobs. One such instance is with the Industries for the Blind and Visually Impaired (IBVI). IBVI is a Wisconsin-based manufacturing firm that – as the name suggests – hires the visually impaired. Success for the company means being able to take on more visually impaired people. It wanted to make use of an accessible suite of business applications with modern machine learning capabilities, but needed one that would empower staff, rather than take their jobs. Using Oracle Cloud Applications, the company has been able to make use of voice interfaces to create new job opportunities in areas of the business that were once limited to sighted workers. For example, implementing Oracle ERP Cloud has opened up job opportunities in the finance team, and Oracle CX Cloud has enabled new jobs in customer service. Instead of pairing blind employees with sighted workers in these roles, the technology now allows blind workers to perform tasks independently through the voice interface. This added productivity has helped the company to extend even more jobs to the blind and visually impaired.

The system will only improve as more AI is embedded in the application. Oracle Cloud Applications are helping remove barriers and create new career opportunities for the blind and visually impaired through its suite of intelligent and accessible applications.

The opportunity at stake

As AI moves beyond hype and becomes a worthwhile business asset, more and more companies know it’s a way to improve processes. But, rather than staff fearing for their jobs in this future, it’s an opportunity for them to upskill and help to get the best out of the technologies. When you consider that only 10 percent of organizations think their finance staff has the skills to make use of these technologies, there’s a lot at stake. Imagine a world where organizations can empower the best of both AI and people – up skilling staff to work together with AI in a dualism like Yin and Yang to get the job done not only effectively, but in the most productive fashion. Rather than seeing AI as an enemy who might replace them, people will soon see it as a counterpart to helping them getting the job done in the best way possible, creating a balanced world like Yin and Yang for mutual success all around. 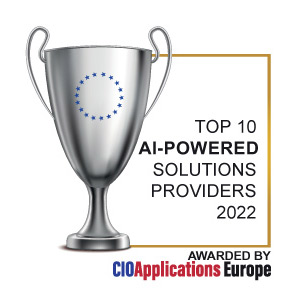 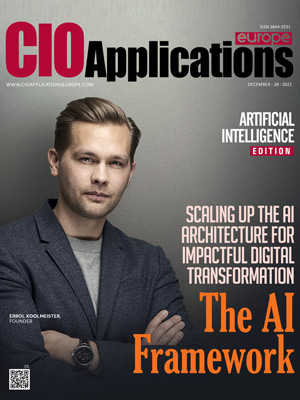