The key to victory is to make more appropriate decisions more quickly than one’s opponents. This critical insight, developed by U.S. Air Force Colonel John Boyd, is embodied in his OODA Loop concept. The principle applies as much to business as it does to combat.

The OODA Loop is an iterative model for decision-making consisting of 4 phases: observation, orientation, decision-making, and action. Importantly, it is a loop whereby the outcomes of actions may be observed and influence subsequent decision-making. In particular, poor decisions may be cancelled or updated, as can decisions rendered inappropriate by a changing environment. As one accelerates this process, the effect of poor decisions is minimized and the ability to adapt is maximized.

Colonel Boyd conceived of the OODA Loop when analyzing dogfights for the Pentagon. He observed that speed through the loop was more important to success than the quality of individual decisions. Time is the dominant parameter. The pilot who goes through the OODA cycle in the shortest time prevails because his opponent is caught responding to situations that have already changed. Boyd’s observation is just as critical in business as in combat, and informs lean product development and agile software development.

Data science, on the other hand, has focused on extracting insights and enabling more informed decision-making. It is largely deployed in the context of multi-week, or multi-month decision-making processes. It has not focused on speed, which is understandable given the previous state of the ecosystem. Artificial intelligence (AI) is changing this. At Sentient, we believe that the key role of AI, at least in the near-term, is to bridge the gap between data and decisions, thus accelerating the OODA Loop.

In the first, the data science team is tasked with developing insights or validating hypotheses around a business goal. For example, they might be asked to segment online customers so that marketing can craft specific messages for each of those customer segments. Alternatively, they might be tasked with predicting future demand in order to allocate resources in a transportation network. In both of these cases, the data scientists will analyze large quantities of data, which might take weeks or months, to develop a report. This report will be distilled into a set of slides and then presented to the key stakeholders who make the actual decision. Petabytes of data become a handful of bullets on PowerPoint slides to guide decisions that will ultimately be made by a human being.

In such cases, data science is being used to make better, more informed decisions but does not provide speed. These cases are problematic for a number of reasons. It is hard to measure the value of the data science contribution.

It is even difficult to measure the impact of the data on the decision. As a result, it is hard to improve that decision-making process over time.

The second type of data science project is different. These projects involve the development and deployment of systems that make decisions in an ongoing fashion. Examples of such projects include systems that filter spam, make recommendations, or detect fraud. These systems tighten the linkage between data and decision. Because they are fully automated, they can operate quickly, enabling capabilities that could not exist with a human in the loop. They can adapt rapidly to changing environments. Their impact and value are directly measureable. Finally, their behavior can be understood and improved, perhaps automatically. These are OODA Loop systems.

Of course, the challenges with building these systems (and self-improving systems in particular) are the burdens of development, deployment, and maintenance. We believe that the goal of AI in the near term should be to develop general-purpose tools that ameliorate these challenges and expand the scope of such systems beyond the purely digital domain. Achieving this goal will revolutionize business by making such systems ubiquitous in disciplines as diverse as customer service, logistics, maintenance, human resources, resource planning, and marketing.

Recent advances in AI suggest that we are on the cusp of such a revolution. Deep learning has had particular success in the “observe” part of the OODA Loop. Recent advances are yielding remarkable understanding of images, video, audio, speech, and text, all of which are perceptual tasks. Great progress is being made in decision-making using technologies like evolutionary computation (EC) and Bayesian optimization. Meanwhile, we are seeing slower progress with regard to reasoning or “orientation”. However, we are not yet fully exploiting many advances in large-scale graphical models, which present new opportunities in the context of the OODA Loop.

These capabilities are being deployed today. Online fashion retailers are using deep learning and the OODA Loop to improve their customers’ ability to find and engage with products. Evolutionary computation is finding applications as diverse as automated stock trading, to job-shop scheduling, and circuit design.

Particularly compelling are the developments in real-time black-box optimization. Black-box optimization is an ideal approach to the problem of achieving an optimal outcome under uncertainty—where one must both make good decisions and learn how to make good decisions at the same time. By iterating and learning quickly, the quality of such decisions becomes better and better. Consider, for example, designing the optimal website. There is tremendous uncertainty about what content, layout and design will yield the highest conversion. However, by quickly and iteratively performing well-chosen experiments one may learn what makes good content, layout, and design. The real-time nature of these black-box optimization systems means that they can be used interactively—e.g., in a dialog. Suppose, for example, you need to elicit information from one of your customers. You would iteratively and interactively ask that individual questions until you found the answer you are looking for. This may be framed as a black-box optimization problem. Recent advances in EC are making such systems a reality.

By combining these components—deep learning, EC and others—the day is approaching where the development, deployment, and maintenance of OODA systems will become an essential component of every successful enterprise.

So consider the impact of AI on your business. This is not about data anymore; it is about intelligence. We used to think of AI as being a data-mining proposition—the more data the better the outcome. This is increasingly a thing of the past; as AI gets smarter, it becomes more like us, able to make complex decisions based on context and limited evidence. Placing AI at the heart of your business’ workflow becomes an imperative. It is an essential tool if you want to keep your business relevant. AI will help you learn quickly, adapt fast, and stay ahead of your competition. 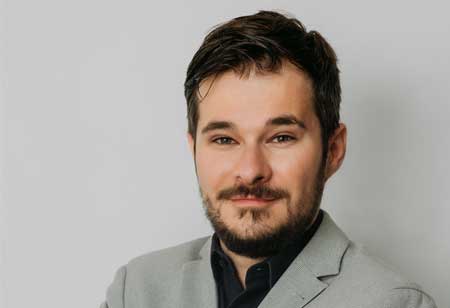 Benefits of Test Independence within a Software Testing Team

Living up to Expectation: AI,Scalability and Automation

In Remote: A Quest for Secure File Sharing

The Myth of Cognitive

The importance of experimentation when developing AI